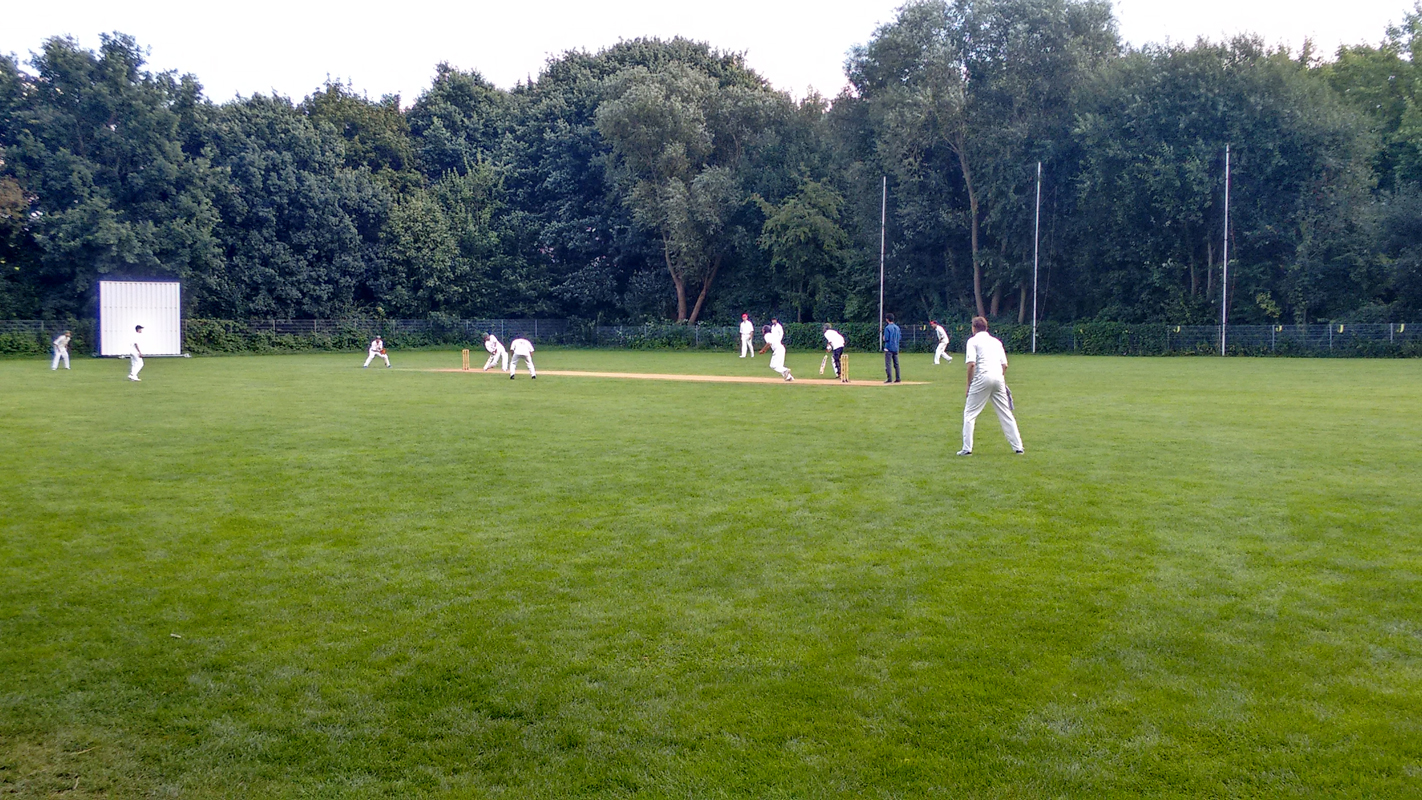 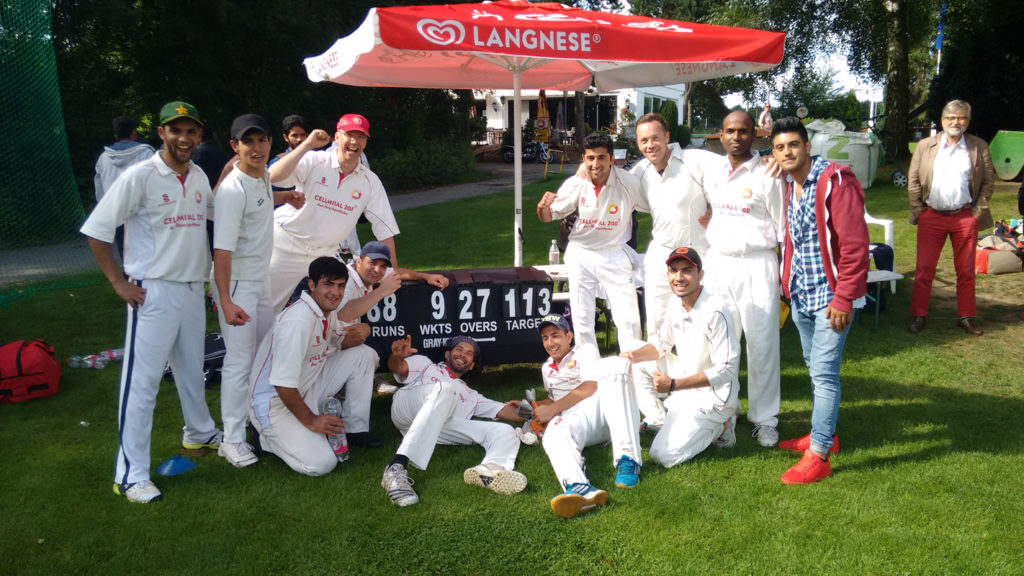 The fifth game of the season got underway at the HICC ground in Hamburg with Masroor CC winning the toss and deciding to bat.

Kamal and Khalil opened the bowling for THCC, with a solid display from both of them. Khalil removed Masroor’s opening pair. Imram and Safiullah continued the good bowling, keeping a good line and not giving away any runs. Emil (aka Ronaldo) came into the attack to take four wickets, ending with innings’ best figures of 4/28.

THCC did really well to get Masroor to 93/9.  But last man Ather teamed up with Imran to put on 37 runs for the last wicket; runs that would turn out to be very valuable in the end.

All out for 130, Masroor then supplied lunch for all the players, which was very generous.

Emil and Khalil opened THCC’s innings, but both fell without scoring. Imran did his best to stop the flow of wickets. With the score at 24/4, and nearly all of the runs coming from extras, first Silva batted with Imran and then Shane did, to move THCC into a winning position at 103/5. The team needed 28 runs and had five wickets in hand.

But it was not to be. Nabeel was out caught. Then Kamal and Imran collided when taking a second run, which resulted in Imran being run-out. Skipper Shane compared this tragic event to the Lance Klusener and Allan Donald run-out during the South Africa v Australia World Cup semi-final in 1999.

Imran had batted well, making 15 off 94 balls, and was unlucky to get out in the fashion he did. Kamal soon followed and the score was 126/9. Things became very tense, with Masroor pushing hard for the last wicket. With just two runs to win, Jens was hit on the pad, the entire Masroor team appealed, and the umpire gave him out.

Is there a cricketer anywhere in the world, be they fan or player, who wants to see a very close match decided by an LBW decision? And a contentious LBW decision at that? A match goes right down to the wire, but what it actually comes down to is an umpire’s interpretation of a complex rule. Is that the spirit of cricket?

To the victor go the spoils, but the nature of the LBW decision may mean this one counts as a hollow victory. It was rather a shame to see such an exciting match end this way, as some really good cricket was played by both teams on the day and it ended up being a nail-biter in the end.

It was hard luck again for THCC, as they got so close but couldn’t get over the line. The team played really well and the players should keep their heads up as there are plenty of matches to go.

We wish Masroor all the best for the rest of the season and extend a big thank you for the lunch provided.