This season’s inaugural tourists, Taylor Vinters , were once again a wandering fraternity of legal brothers. Ambling up to the gate, they strode into the ground in the traditional way, slightly sore eyes squinting. A warm handshake, a hearty hello, and yes, the ground really is that small.

With THCC ceding the toss, captain J. Taylor elected to put THCC into bat on what looked like a very green wicket.

Together with Adrian “the flying possum” Mancuso, Dave “Dodgy Ankles” Catterall was asked to open a match he would ultimately finish. These are always nervous moments for an accommodating captain – would this lot turn out to be a collection of Old Boys’ First XI, and have us back in the hutch before the BBQ coals had even turned the colour of his beard?

Adrian led the way getting in line as usual, a handy opener to have for any captain. Then a flying top edge for Dave, which he still maintains came straight off the middle, got him off to a streaky start and two scoring shots later he found himself in the nervous nines. Could he reach his Everest? Double figures. For a wonderfully no nonsense northerner of a number eleven, these were unfamiliar times. He patiently waited at least one ball before fearlessly cracking a boundary to roar past his previous highest ever score of 10. The crowd erupts, the bat is raised. His captain, currently standing in as umpire has a quite word, “Start again lad, start again ….” He plunders another 14 runs, including a straight six which was actually a good shot, before he is bowled by Fehmi on a heady 27.

With Adrian having also departed trying to push on and Bosko providing a little cameo of an innings, Raman had quietly started his innings in his typically unassuming way, taking 8 consecutive dot balls to get a feel for the pitch. With Shane, Steve, and Tina providing support from the other end, he went on a rampage, at one point hitting the following sequence: 444444441444. With Raman standing on 95, the opposition umpire mischievously offered some encouragement to reach his century off the last ball of his innings … cue a straight 6 over the umpire’s head to reach 101 not-out (retired).

Mark Baines, having had time to warm up in his usual manner, came in at number eleven to hit a typical swashbuckling 11, and Moritz finished the innings in suitable style to set a total of 226 of 30 overs. The pick of Taylor’s bowlers was Fehmi with 3/23 off 4, with Tapner and Hibbert chipping in with a couple of wickets each.

With only 2 overs of the 2nd innings gone the prophesied storm of biblical proportions turned up and both teams fled to the refuge of our wonderful clubhouse and sated ourselves at Frank’s legendary BBQ and beer.

The rain break gave both teams a chance for a chat and a few beers as they listened with some circumspection to the claims that play would resume.

Just over one-and-a-half hours after the storm had hit, play resumed at 1745, with players fully refuelled.

So it was little wonder that as Tina came into bowl her second over, she was met by some rather impertinent sledging from the three neanderthals standing in the slips. One from Africa, one from the last millennium and one from the North of England. What was actually said is best left for the historians to ponder over … needless to say it had the desired effect with Tina putting in fine spell of swing bowling, in particularly damp conditions.

With Tina tying the batsman up at one end and the score creeping up to 30, the captain decided to lure the unsuspecting batsmen into thinking the BBQ was still going from the clubhouse, with bowling which can only really be described as buffet bowling, à la carte. The batsmen, believing dessert was now being served, duly tried to help themselves, but somehow they always ended up picking the wrong line. This wanton gluttony saw 34/0 become 44/5 as batsman appeared to keep getting stuck in a revolving restaurant door, starting with a catch from Shane and then a fine swirling high catch from Jens.

The THCC skipper was rapidly brought back to reality when, on getting hit for consecutive boundaries off his 10th and 11th balls, he was left chuckling by a fine observation from one of his charges. The fielder in question was not identified beyond all reasonable doubt, but it is believed that, having spent some considerable time at the Bar, he perhaps picked up the Anglo Saxon language in question in one of London’s finest Inns.

So with captain James Taylor now established at the crease, and joined by Bhuttae, the fight-back had begun. Thus ensued a solid and potentially match winning partnership which fell just shy of the century of runs. Both Moritz and Jens had a good go at trying to draw the batmen into false shots, but they were having none of it. Shane and Mark bowled well in tandem but without due reward. The fine partnership was finally undone by the infamous Hokey Cokey field, which somehow managed to lure Bhuttae into a rash charge, and Raman had the stumps down before anyone could blink.

So as the score reached 200, and with Captain Taylor reaching his century, the match, along with the weather, lay in the hands of the gods.

Hibbert, at number 11, with the weight of his teams expectations standing on his shoulders, saw off the accurate bowling of Dhanush (3 overs / 12 runs), and helped support his captain into the last over, ever alert to the rotation of the strike.

So with 8 runs needed for victory, one wicket remaining, the field flung to the boundary and Taylor’s 6 foot 5 Goliath towering over the crease, there was only ever one choice of bowler …… David.

David shuffles to the crease, aims, fires ….. 4 ….. he trundles back, looks up to the sky, and then skips gently to the crease. Nobody moves, the giant centurion’s bat carves viciously through the air. The balls jags away, clips the outside edge and Raman, like some kind of impish spirit, appears at second slip to take a wonderful tumbling catch.

The match is won, and cricket is the winner.

Thanks to Cam for scoring, Jess and Bianca for there lovely photos and support, and to James and his merry band from Taylor Vinters for making the trip over to play us. We hope to see you again. 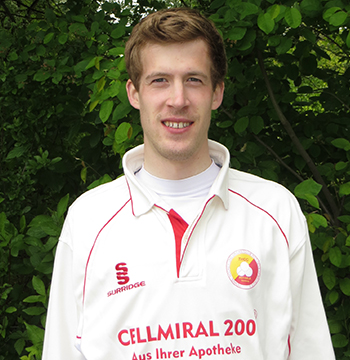 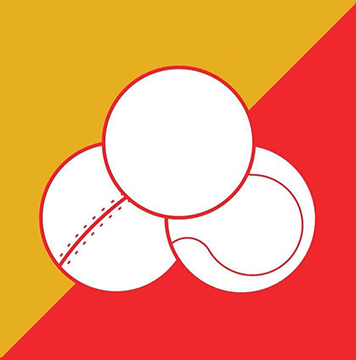 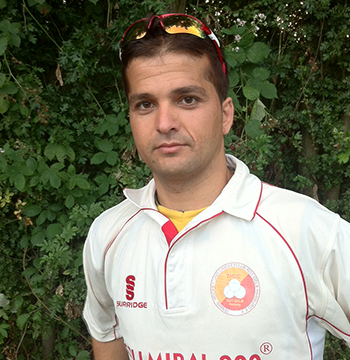 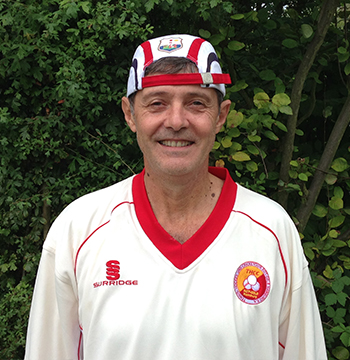 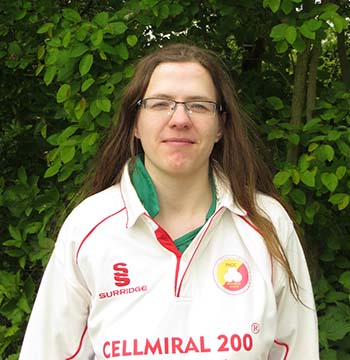 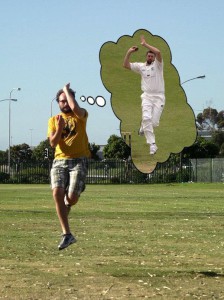 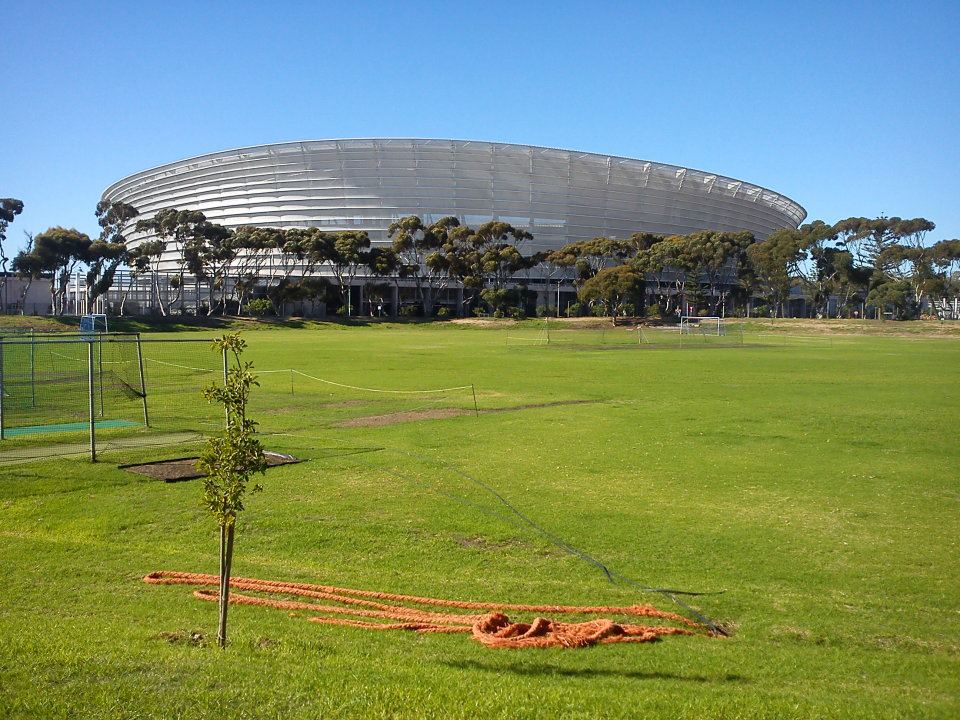 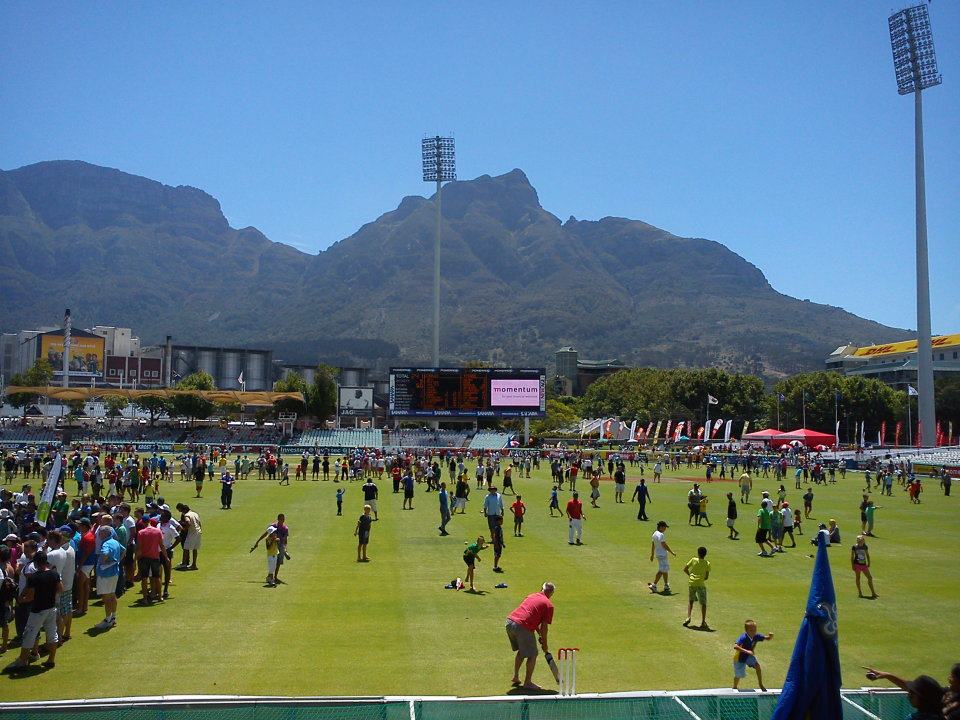 Think this is a great cricket outing? Come to Klein-Flottbeck! 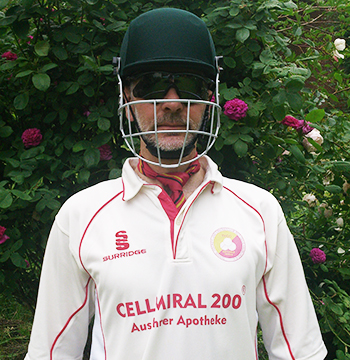 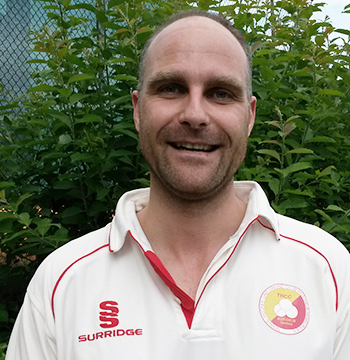