This will be an unusual match report. The names and numbers above show that SG Findorff won by 125 runs, and well done to them. But really, after the way the match went, who cares?

Normally, this space is used to describe the swings of momentum, fine play, pieces of luck, snippets of humour and bits of misfortune that pepper an exciting and enjoyable game of cricket. But the takeaways from the match had nothing to do with the 22 players involved. All anyone could focus on and talk about were the two gentlemen in white coats.

These umpires so utterly ruined this game of cricket that it should have been abandoned halfway through SG Findorff’s innings. It became not so much a contest of bat on ball, bowler against batsmen, but a cricketer’s worst nightmare, where two umpires who didn’t know the laws exerted so much influence over the game that their decision-making and behaviour are all that can be remembered from a match that pitted the NDCV’s top two sides from last year against each other. 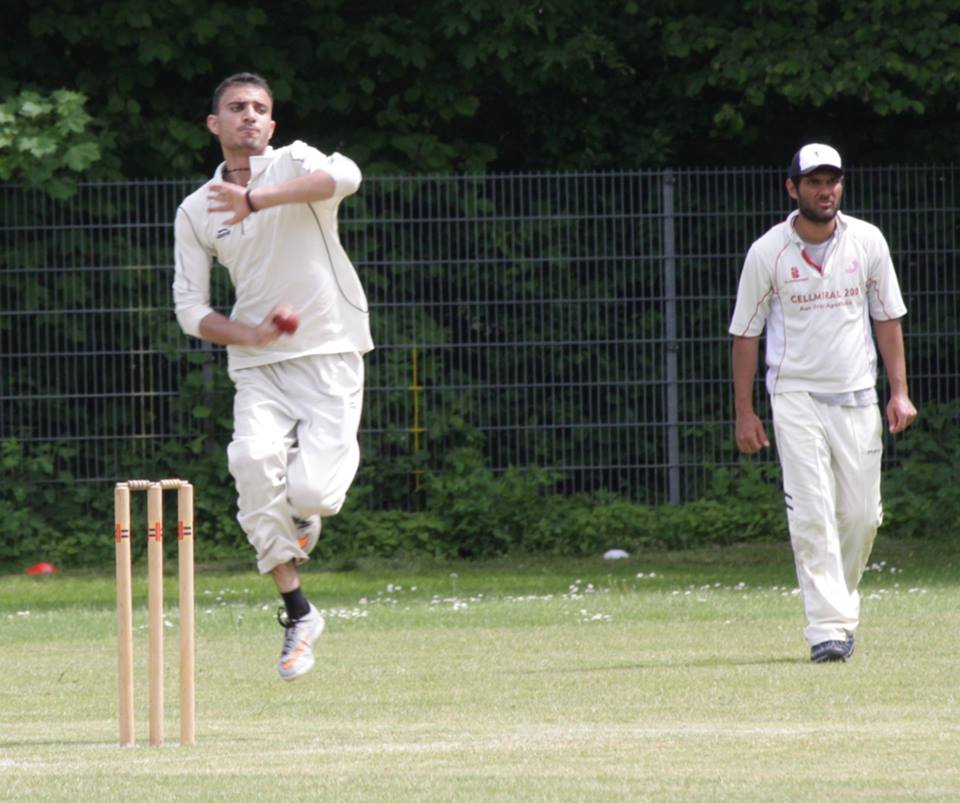 Safi showing excellent bowling form (thanks for the photo Bianca)

In cricket, as in all sports, bad umpiring rewards bad play. And when it comes to cricket, it cannot be emphasised enough how destructive this can be.

It was just not cricket. It was farcical, like some nightmarish version of cricket. The kind of cricket not a single one of us wants to play, with both teams on the receiving end of wrong decisions and the game getting completely ruined.

It won’t happen, but this game should be replayed. SG Findorff can even keep the points. Can we just play a proper game of cricket with proper umpires?

At a cricket game, as in all sporting contests, no one plays or attends as a spectator to watch the umpires officiate. Players participate for the love of the game, while spectators watch to see an exciting match and some good cricket. The umpires should be, as much as possible, invisible. At the very least, they should know the fundamental laws, show interest in the match, and not be singing along to music on their mobile phones.

For a Sunday that started with such promise, with two strong teams, excellent weather and a fantastic turf pitch (thanks to Steve and Safi for pitch preparation), it ended in misery, with the players from both teams left to rue what might have been. At the end of the match, Findorff got the points, but not a single player was happy.

There has recently been a lot of press coverage of Germany experiencing a boom in cricket, but there’s not much point in getting more people playing if two people in white coats then destroy the game and take away all of its joy, to the point no one wants to play anymore.

THCC wishes SG Findorff all the best for the rest of the Bundesliga season. Many thanks to Chris Hong for scoring.